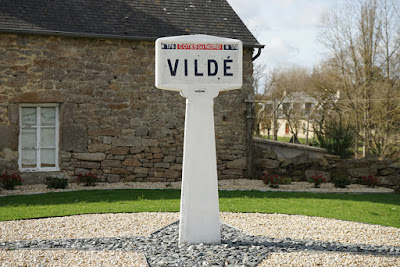 Once on the main road but now bypassed by a dual carriageway, Vildé-Guingalan still bears its vintage roadside advertising. There are a number of ghost signs in quick succession, the first so faded that it is indecipherable (I didn't stop to photograph it). 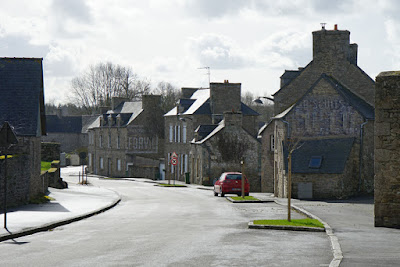 Subsequent signs, though, are in much better condition.Sadly, the first palimpsest is largely obscured by later hoardings. The word 'cognac' is clearly legible, and combined with the first and last letters of the brand name, suggest that this was an advertisement for Cognac Bisquit. 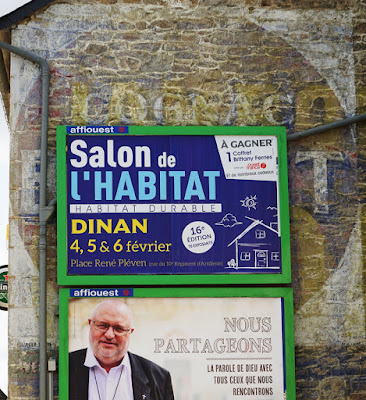 The blue-and-yellow painting underneath, though, is much more difficult to decipher. After a lot of playing in Photoshop, I'm fairly sure that the partly-visible word is Jambon (ham). The likeliest candidate, then, is jambon Olida which features in ghost signs elsewhere. Here's a clearer palimpsest example from Chatelaudren. 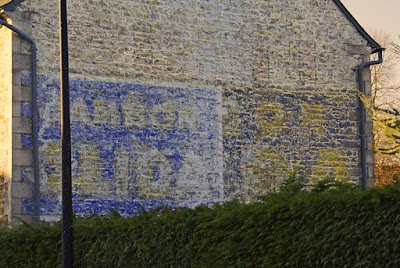 At the bottom left corner of our cognac-ham palimpsest is a little more text, although complete words can't be deciphered. 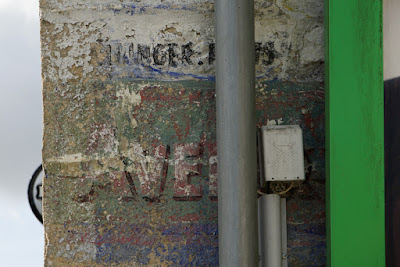 Two further signs pose no such difficulties. Bold letters spell out the names of Lu biscuits and Forvil brilliantine. 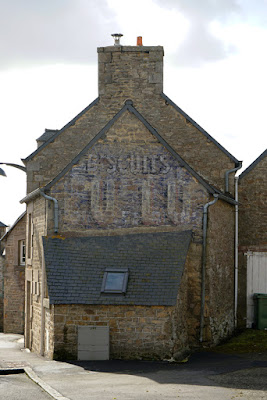 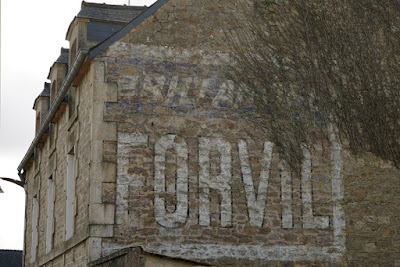 Between them, though, is a final, faded example. The vegetation which partially obscures it doesn't help, either. In fact, I was completely stuck - until my dad realised it's probably Valvoline motor oil. One last mystery solved! 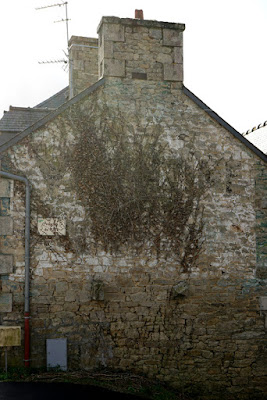