Pride weekend is an appropriate time for a visit to the Caravan Club. Open for just a few months in 1934, this lesbian and gay-friendly basement nightclub billed itself as 'London's Greatest Bohemian Rendezvous' with 'all night gaiety' and dancing. 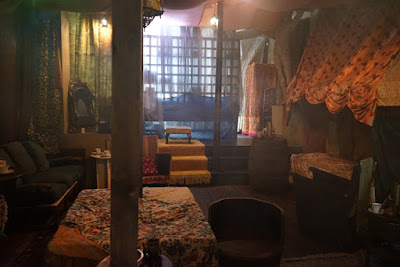 Its premature closure was the result of a police raid and court case. However, one fortunate side-effect of that is the survival in the National Archives of detailed records which allowed the club to be reconstructed earlier this year. For a month, the Caravan Club entertained guests in Endell Street again - although, under the more reputable auspices of the National Trust, no arrests followed. 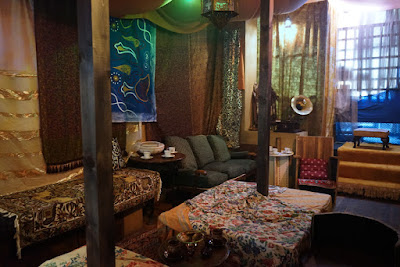 While the National Trust could announce the Caravan Club as an LGBTQ event, the original promoters had to be more circumspect. In a climate of social and legal hostility to same-sex relationships, such clubs relied upon code words such as 'Bohemian' and 'unconventional'. They attracted a substantial clientele: the tiny Caravan Club had over 2,000 visitors, 445 of them members. 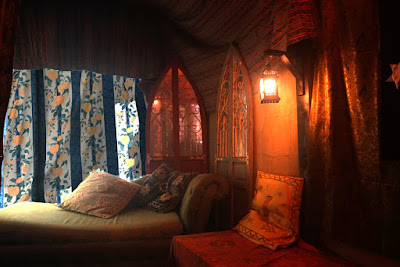 What did they get for their shilling-and-sixpence admission? The police reports and photographs give us some idea. Guests lounged on sofas; 'men were dancing with men and women were dancing with women'; some of the dancing was 'indecent' or 'very obscene'; there were men 'made up like women' and 'cuddling and embracing'. Draped fabrics and decorations gave the 'badly lighted' space a bohemian atmosphere at limited expense: prudent, since such clubs tended not to last long.

The Caravan Club was no exception: complaints from neighbours brought it to police attention. After observation by plainclothes officers (some posing as customers), it was raided and closed on 25 August 1934. 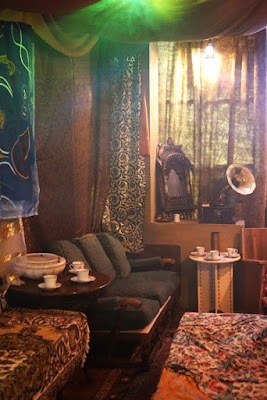 According to the police, many of the women were of the 'prostitute class' and the men of the 'importuning type'. That was probably an exaggeration: the professions of those prosecuted following the police raid suggests a more varied clientele. They included artists, waiters, shop assistants and labourers. 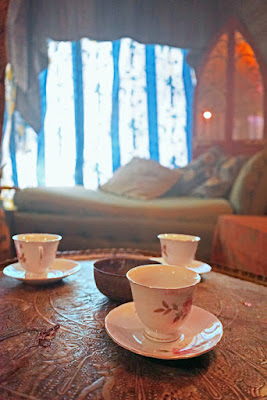 Those running the club were pretty colourful characters in their own right. Jack Neave was a former escapologist and strongman, known as 'Ironfoot Jack' because his right leg was shorter than his left and supported by a metal platform. Billy Reynolds was only 24 but had several previous convictions. They were prosecuted alongside their clients.

103 people were arrested and brought before Bow Street Magistrates' Court. While no evidence was offered against 75 of them, the remainder returned for trial. Some were found not guilty; others received short sentences; but Neave and Reynolds were treated more harshly. Neave was sentenced to 20 months' hard labour and Reynolds to twelve months for keeping a disorderly house - 'a foul den of iniquity which was corrupting the youth of London', in the judge's words.

Further listening: the records of the raid are held at the National Archives, who discuss it in a podcast.

If I was there at the time, I would have been using code words like 'Bohemian' as well. When the Caravan Club opened in 1934, there was already a ton of experience suggesting what might have happened in the early days. "Lascivious artists' balls" celebrated the excitement of the jazz age, as well as the colour and modernity of the Art Deco period.

thanks for a great link
Hels
http://melbourneblogger.blogspot.com.au/2013/10/lascivious-artists-balls-1900-1939.html

Yes, there's quite a history to these places, so this recreation was pretty exciting! Thank you for the fascinating link.