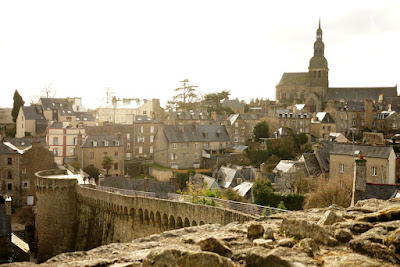 One of the loveliest towns in Brittany, Dinan has historic ramparts, half-timbered houses, and a vertiginous descent to the port below. While it has plenty of galleries, gift shops, restaurants and bars, the best thing to do here is to wander the mediaeval streets. 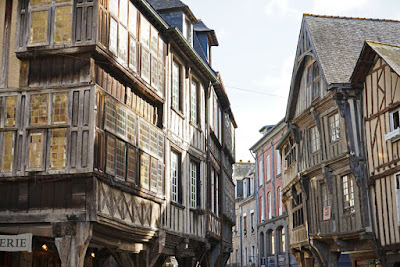 The Place des Merciers, at the centre of the town, is a jumble of half-timbered buildings, some dating back to the fifteenth century.

The Saint-Sauveur Basilica was founded in the twelfth century, but completely remodelled in the sixteenth and seventeenth. After a short spell as a Temple of Reason during the Revolution, it was re-dedicated in 1801. The promotion from church to basilica came in 1954. 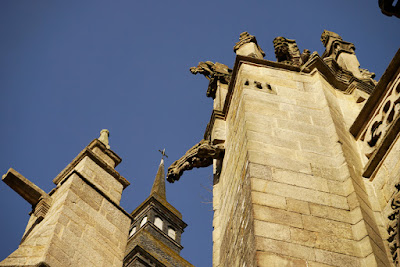 The hilltop town is protected by mediaeval ramparts and a castle (now the museum). As Dinan lost strategic importance, new gates were added in the seventeenth century and maintenance of the walls was neglected. They were briefly pressed back into service during the Revolution, but have enjoyed a more peaceful existence ever since. The most extensive still surviving in Brittany, the ramparts are now walked by tourists and townspeople rather than soldiers. 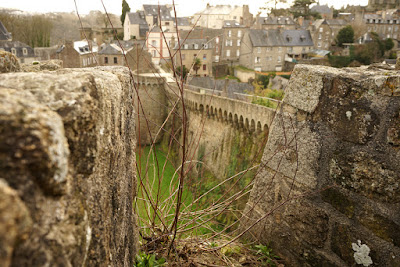 Although the newer Rue du Port offers a long and relatively gentle route down to the port, the traditional roads are much steeper. 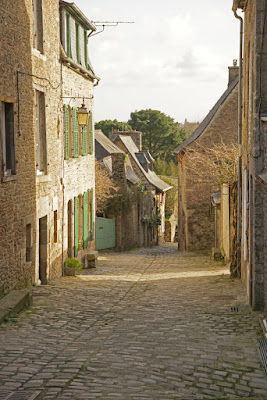 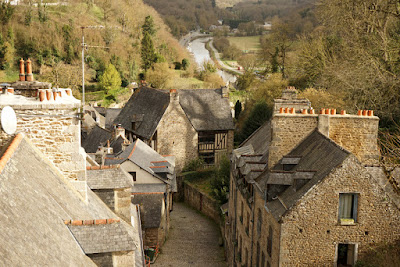 Many travellers now bypass the descent altogether. A viaduct takes motorists straight over the valley to Lanvallay, sparing them the narrow stone streets and bridge, as well as the sharp inclines. It was built in 1852 by engineer Jules Fessard, and is 250 metres long and 50 metres high. Combined with the arrival of the railway in 1879, it contributed to the port's decline. The growth in size of ships was the final straw. 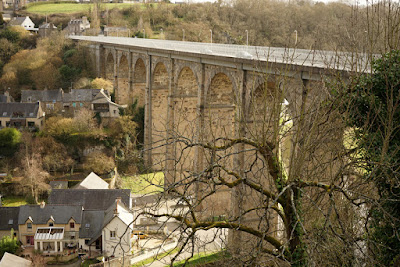 Before the rise of road and rail, the river Rance had been the main route for goods to enter and leave the town. It's difficult today to imagine a busy commercial port, central to the then-thriving cloth industry. 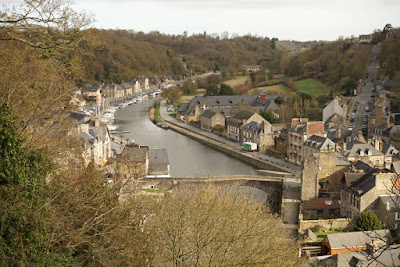 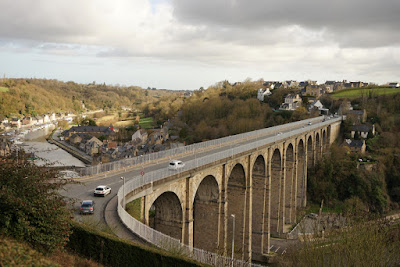 That's another town to add to the list of places I'd like to visit but probably never will.

It's definitely worth a visit. I go fairly regularly as family live nearby, and never get tired of it. (The fact it's home to some of my favourite chocolate shops and a favourite biscuit brand doesn't hurt!)