Next to the National Maritime Museum, a modest building in a modest garden bears quiet witness to the former use of these grounds. It is the Devenport Mausoleum, in the grounds of the former Devenport Nurses' Home, now a hotel. Even earlier, though, these grounds were the cemetery of the Royal Hospital for Seamen across the road. 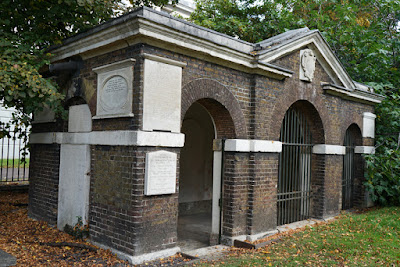 In the century from 1749, 24,000 people (mostly men) were buried here, with funerals held on Tuesdays and Fridays. We can be sure of the start date because a plaque on the mausoleum marks the first burial on 5 July 1749, of Pensioner John Merriton. The mausoleum itself was built the following year and sits above burial vaults which extend far beyond the limits of the building above-ground. It was used to commemorate the officers buried here. 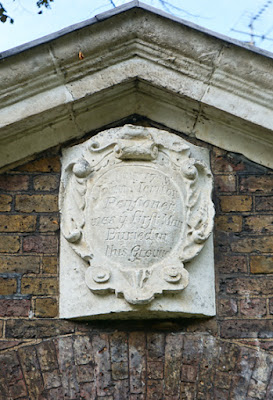 Among those in the vaults are Sir Thomas Hardy (now best remembered for his presence at Admiral Nelson's death) and Nelson's servant Tom Allen. He is in the company of Admiral Lord Hood, who fought in the American War of Independence. The names of others appears in a carved list on the internal wall; it replaces original tablets damaged during the Second World War. 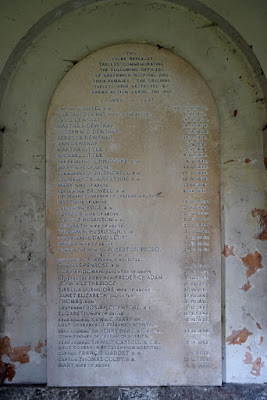 The burials stopped in 1857, when the cemetery became full, and the land became a pleasure ground for boys at the Royal Hospital School. (The replacement burial ground is itself now a park, East Greenwich Pleasaunce.)  One of the school's headteachers has the only bust inside the mausoleum: presented to him on retirement, it was given to the school after his death. 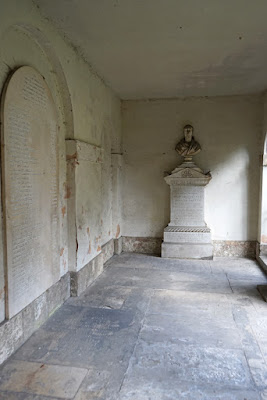 A number of graves were cleared in 1875 to make way for a wing of the museum. The nurses' home, and more clearances, followed in 1929. Only a few gravestones - and the mausoleum, restored by the University of Greenwich in 1999 - remain.

Although the mausoleum is usually kept firmly locked, it is opened to the public for a few days a year: I visited during Open House Weekend. Those events offer the opportunity to explore one of the less obvious historical features of this World Heritage Site.