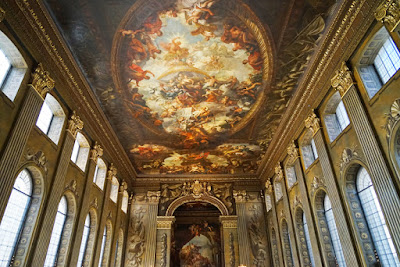 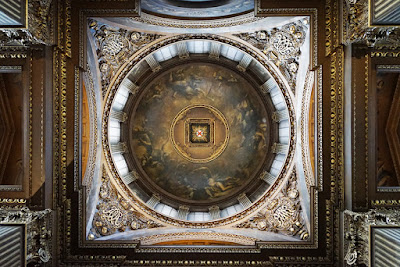 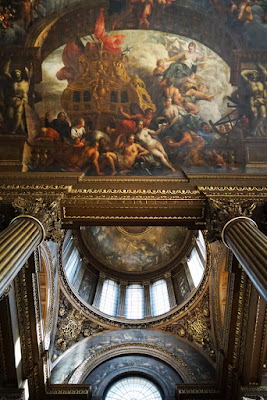 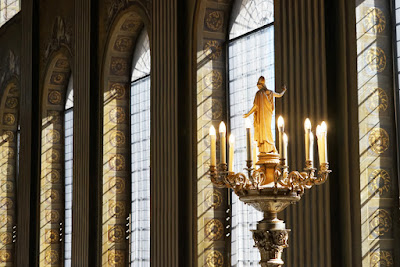 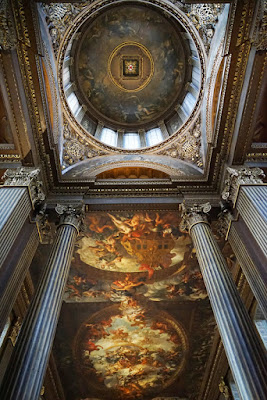 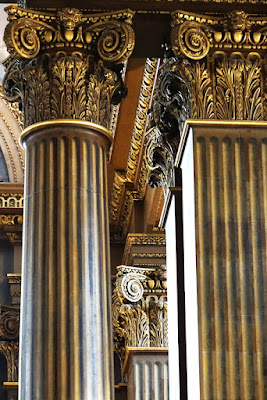 But I wonder why they built such a gigantic dining room for elderly and wounded sailors in the first place. Somebody must have paid a fortune in public or private money to cover the building and decorating costs.

I think the size was okay, but the decoration proved a step too far! I wonder whether they had overestimated the likely gentility of Navy sailors, and panicked when they met them in reality ...