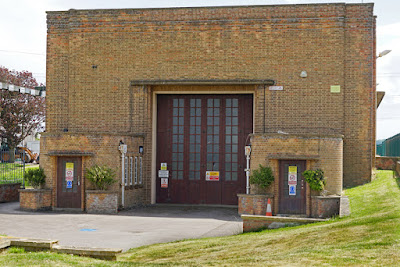 Gold Corner Pumping Station has a rather stylish 1930s look, so it's a bit of a surprise to notice that the date on a drain hopper is 1942 - right in the middle of the Second World War. In fact, this building on the Somerset Levels was important enough to the war effort that its construction was the direct result of a meeting between its engineer and Prime Minister Neville Chamberlain in 1939. 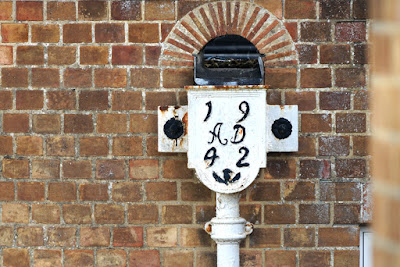 Louis Kelting was the engineer to the Somerset Rivers Catchment Board, and Chamberlain had asked him to ensure the water supply for a factory at the nearby village of Puriton. Royal Ordnance Factory Bridgwater was being built to produce the experimental high explosive RDX. That would require a generous supply of fresh water - 4.5 million gallons (over 20 million litres) per day. However, the area's agricultural land also required a water supply, and meeting the demand from both would be a challenge in summer. 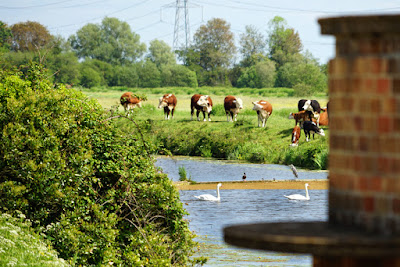 Kelting's solution solved a further problem: managing flood relief on this low-lying land, which depends upon artificial drainage. He had already been looking into a new channel for the Brue Valley (an idea first proposed a century earlier), and it was now built as the Huntspill River. The rush to build it began - and only after construction had started did it become apparent that the surrounding soil wouldn't support a deep channel. A shallower one was therefore built, reliant upon pumps rather than gravity to lift water into the new 'river'. 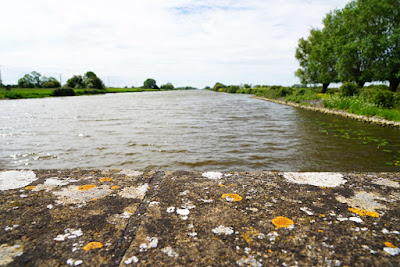 The Huntspill River, over five miles long and with bridges and pumping station, was completed in 1942 at a cost of just over £400,000. It proved successful, and continues in service today. Three diesel pumps and one electric pump keep the Huntspill River full and help protect the area from flooding. 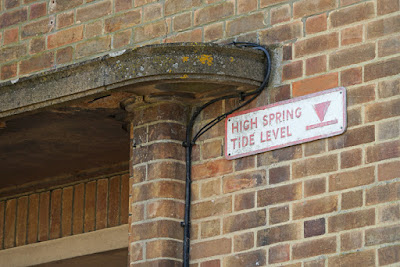 However, while it continues to act as drainage channel and reservoir, it no longer supplied water to ROF Bridgwater. Immediately after the War it had turned to building prefab houses, but it later returned to functioning as a munitions factory; it was privatised in 1985, becoming part of BAE, and closed in 2008. 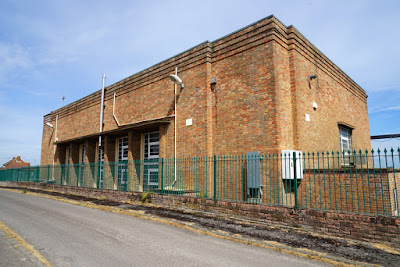 Further reading: an Environment Agency booklet about the pumping station is available as a PDF.