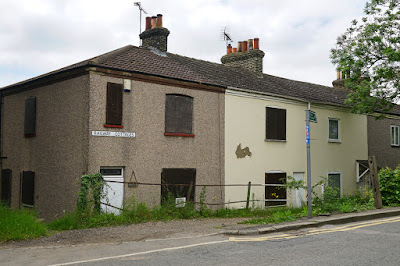 On the margins of London, on the edge of Rainham Marshes, and on the banks of the Thames, is the Essex town of Purfleet. Its residents are probably right to feel somewhat overlooked (they hope a name change to Purfleet-on-Thames will help): chances are that you haven't visited, unless you are a birdwatcher or have business at the Freight Terminal. I was certainly unaware of the surprisingly significant Purfleet Magazine until I happened across it while on a visit to somewhere else. 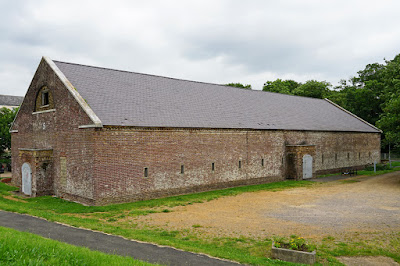 Until alternatives developed in the late nineteenth century, the British military was dependent upon gunpowder. However, storing the substance was fraught with danger: contact with a spark could lead to explosions. It was therefore stored in wooden barrels, themselves kept in solid buildings, hedged with precautions. Some of the sites were surprisingly central - such as the Tower of London and Hyde Park - since they needed to be available for use. However, larger supplies were kept in more remote locations. Thus in 1760, an Act of Parliament established the Royal Gunpowder Magazine at Purfleet to replace one on Greenwich Peninsula. It was the main storage centre for gunpowder. 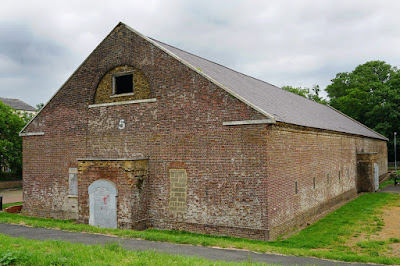 By 1773, five magazines had been built, each able to hold over 10,000 barrels of gunpowder. Their roof voids were filled with sand, the walls were brick with few window openings. Copper panels helped to reflect some light into the interiors. Powder was delivered from mills, notably Waltham Abbey Royal Gunpowder Mills, and tested in the proof house on arrival. It was then stored until needed by the army or navy. A garrison of soldiers kept the magazines, enclosed within high security walls, secure; the civilian workers inside wore safety clothes and were bound by strict rules including a prohibition on smoking. 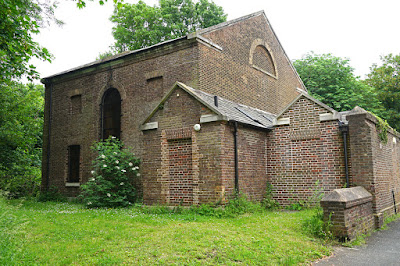 In 1962, the site was closed and some of the buildings demolished. Magazine No. 5 and the proof house do survive, tangible evidence of Purfleet's past importance. Indeed, the magazine is now a heritage centre - closed during my brief visit, but somewhere I plan to return. 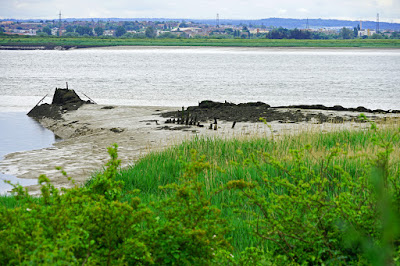 I would not normally be as interested in a military museum as I would be interested in a museum of social history. But in this case the buildings were used to test, store and supply gunpowder for use during the Napoleonic wars. This is fascinating because, although I always thought that preparing for a French invasion of Britain was very sensible, the invasion never happened!!

The Purfleet Heritage Centre url says the exhibits date from Nelson’s Battle of Trafalgar until WW2, although I must say the Napoleonic era sounds most fascinating. Thank you for the information.

The magazine in Kensington Gardens can also be visited, because it's open to the public as the Serpentine Sackler art gallery, entry free. The building is considerably more interesting than the exhibits: two massively strong vaulted brick chambers. They are concealed behind a pretty classical facade.

A similar Magazine is preserved as part of the fortifications of Berwick-Upon-Tweed.
https://www.geograph.org.uk/photo/911054

Ooh, more possible visits when we're out and about again! I knew the Hyde Park one existed, but had missed that it can be visited. Thank you!