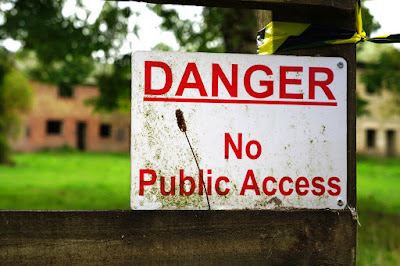 Since 1943, nobody has lived in the village of Imber. Visiting is only possible on a few days a year; the rest of the time, it is part of the Army's training grounds. 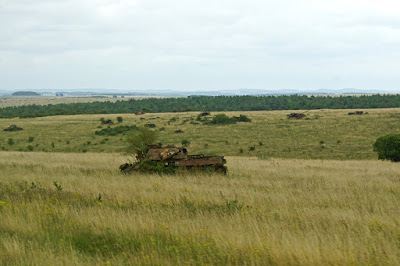 The War Office has owned land on Salisbury Plain since the late nineteenth century. By the mid-twentieth century, its extensive holdings included most of the village of Imber. It would prove to be a far from ideal landlord. 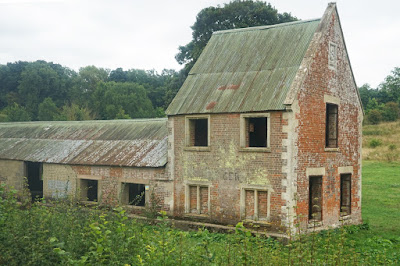 Imber's villagers were evicted in 1943, to allow American troops to train there during the Second World War. Despite assurances that they could return later, their exile didn't end when the war did: they have never been able to go back. 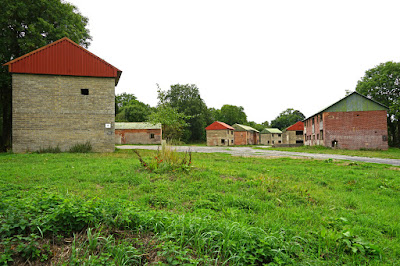 Many of the original buildings have been destroyed as a result of the military exercises. A few are still standing. Some new ones have also been added; they are training sites, not homes. 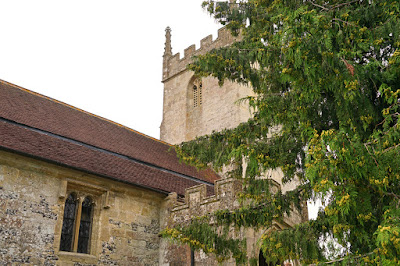 A path leads to the one intact building from the original village: St Giles' Church. It is open for worship one day a year. 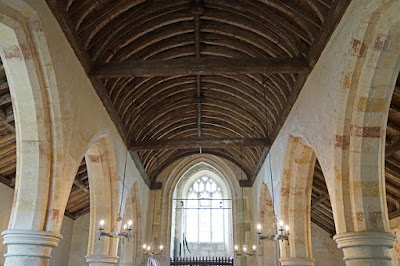 The church can also be visited on several other days, including as part of the annual Imberbus Day. It is a worthwhile destination for its historical interest. Parts of the builidng date from the fourteenth century, althought the chancel was rebuilt in 1849. Features include seventeenth-century graffiti. 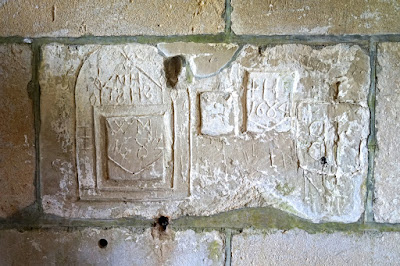 Perhaps the most striking decoration in the church is its wall paintings, which have survived from the fourteenth and fifteenth centuries. 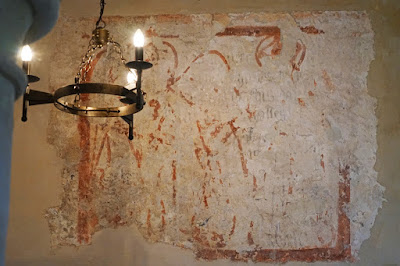 In the bell tower is another painting, serving a more practical purpose. It is a seventeenth-century list of bell changes. 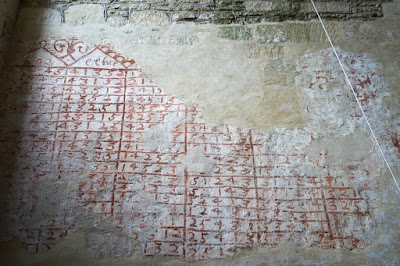 The annual Imberbus Day offers an opportunity to see the deserted village, as well as to travel on what is probably Britain's most infrequent bus route.* Buses run from Warminster's railway station across Salisbury Plain to Imber and beyond, with a busy interchange at Gore Cross. Routes are served by vintage buses, complete with conductors. It's not just the visit to Imber, but also the rare chance to ride route 23A, which makes the day extraordinary! 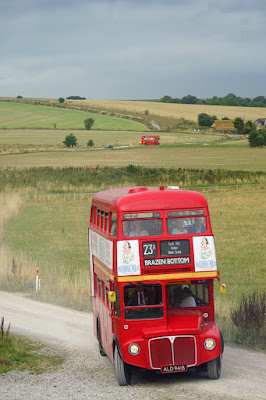 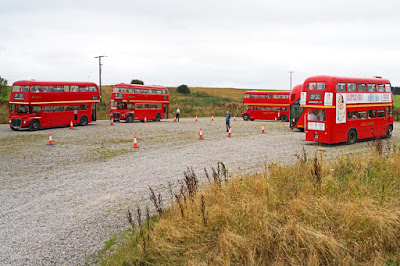 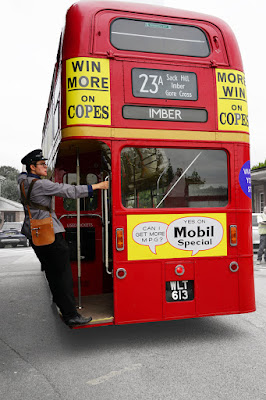 *Imberbus Day has been cancelled for 2020. 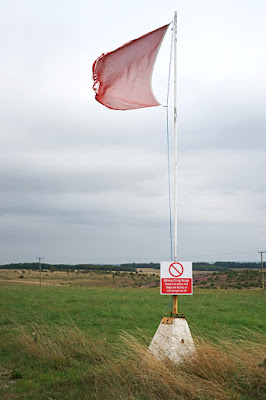 Thanks for this very interesting post.
Nothing different about this, for all your posts are interesting and informative.
Thanks again.

Thank you so much!