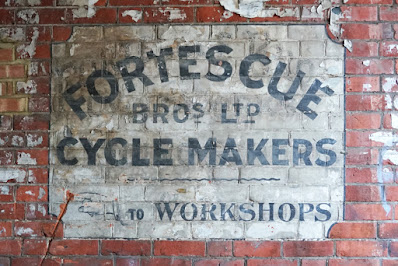 This ghost sign is tucked inside a covered alleyway off West Street, Reading - but it was worth stepping around the bins for. 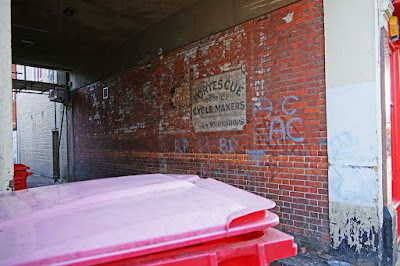 It (literally) points passers-by to the workshops of Fortescue Bros Ltd, cycle makers. In business by 1898, they continued through at least the first half of the twentieth century but are now long gone. The workshop may be defunct, but a jaunty manicule gestures on, jacket sleeve flashing a strip of cuff and cufflink, nails forever neatly trimmed. 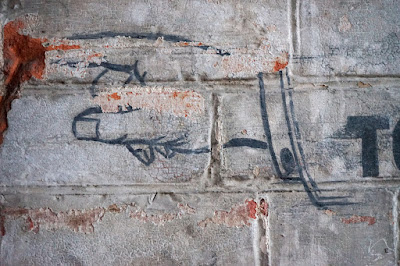 There is even a local London connection for me! Another branch of the Fortescue family were part of Saunders and Fortescue, who made and sold cycles in Lewisham, Peckham and Croydon.