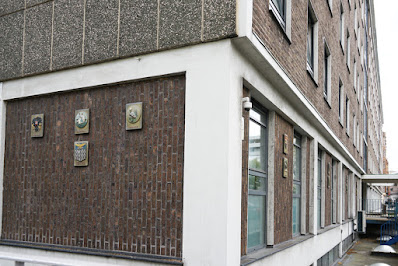 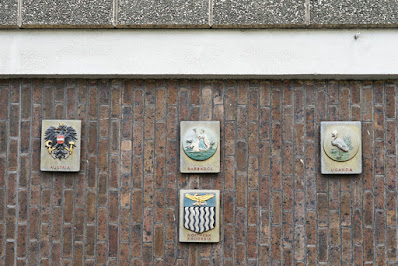 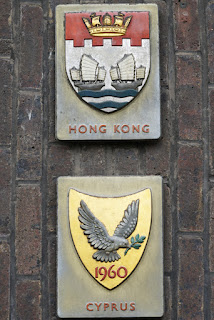 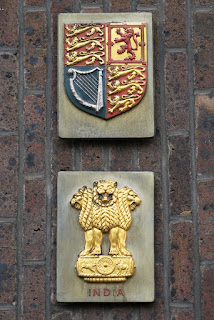 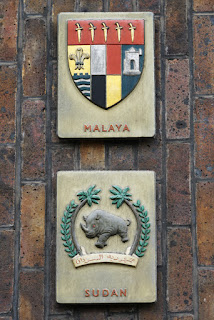 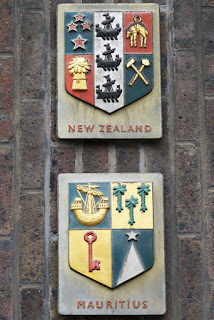 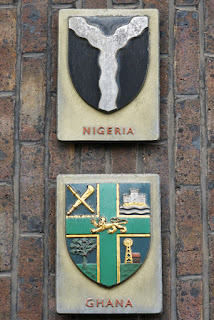 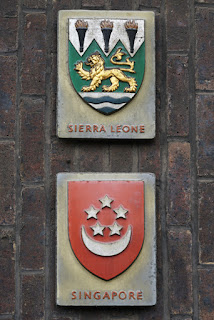 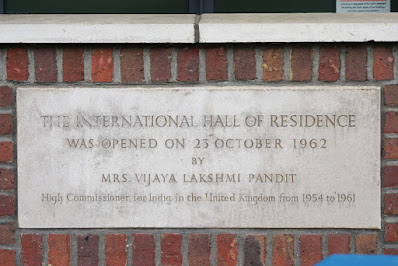 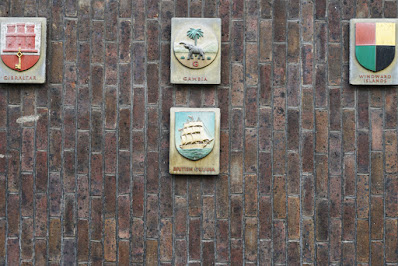 Interesting to see the nations represented by their heraldic coats of arms rather than flags as they reveal more about the economies and heritage of the Commonwealth countries at that time: I expect the nations represented would be those of the students living there. The old Commonwealth Institute in Kensington was a favourite haunt of mine when I first came to London - a cornucopia of contemporary information and copies of that week's daily newspapers from the places I'd only ever read about in geography lessons at school.

Very interesting to read your post, and to see pictures of IH after so long. I lived there between 1990 and 1994, and worked as porter there until August 1995. I’m so glad I specifically chose International Hall over all the other halls of residence; thanks to my five very happy years there I have friends in every corner of the world. The Warden, Mr CD Mann, was a lovely, friendly chap who had a genuine passion in world cultures. He made an effort to host many culturally diverse events in hall, and to welcome a diverse range of international academics to speak at his regular High Table evenings.