Elizabeth Line: behind the barriers at Tottenham Court Road

With the Elizabeth Line/Crossrail project due to open to passengers next week, here is a sneak preview of what's behind the barriers at the Tottenham Court Road Station! 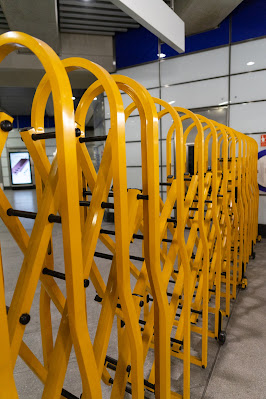 The new station is full of carefully-designed details, designed to reflect the area above ground. Look closely at the rather abstract pattern of dots on the wall panels and you can see it is in fact a stylised map: spot Soho Square and the roundels marking the station entrances. 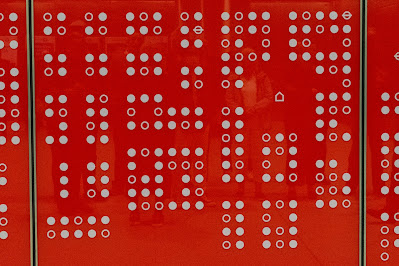 The new tunnels and platforms are full of curves, light, and the distinctive 'totems' which will be a feature of all Elizabeth Line stations. They serve multiple functions including signage and lighting. 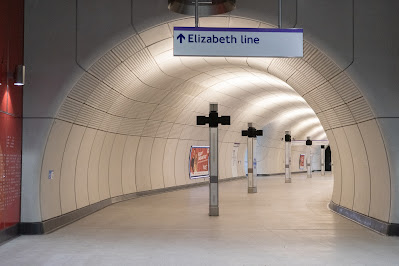 The opening of the central section on 24 May 2022 will be a giant step towards completion of a project which began in 2009. When I visited the construction site at Woolwich Arsenal in 2014, it was apparently at its halfway point - but there have been a few delays since then, unsurprising in work of this magnitude. When the line is fully open, it will run from Reading to Shenfield and be over 100km long. 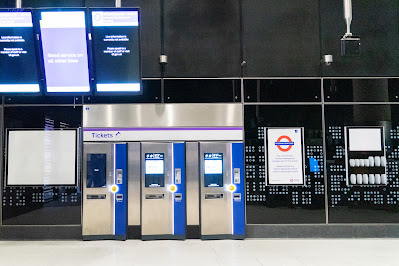 All that work has not only brought much-needed new transport infrastructure. It was accompanied by a huge archaeology programme which brought exciting discoveries. It also reminded us that Crosse and Blackwell originally had a factory a few steps away in Soho Square! 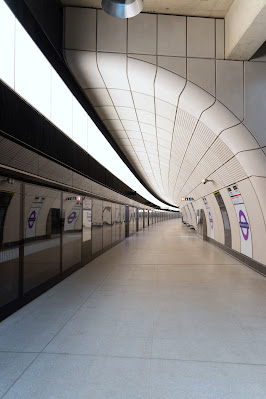 Inside the new Tottenham Court Road station, finding your way through its generous spaces is made easier through some clever colour-coding. The eastern side, with the St Giles Circus entrance, features red glass walls; at the western, Dean Street end they are black.Above our heads, the lights are modelled on stage lights - a reference to the many theatres above. 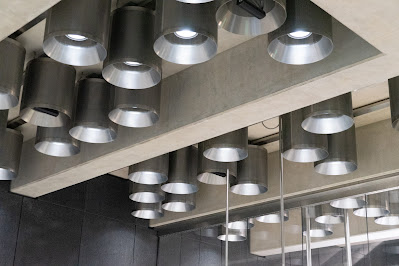 In fact, all that was missing on this visit were the passengers and trains ... but they will soon be here too! 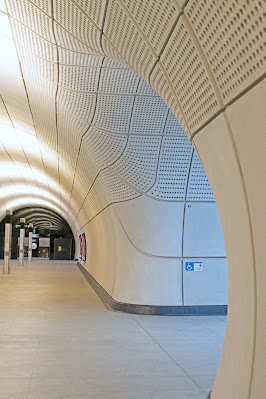 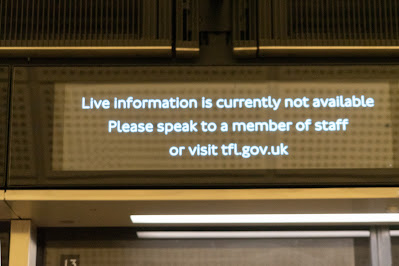 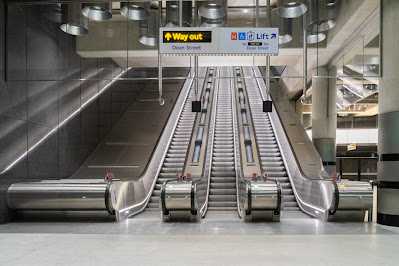 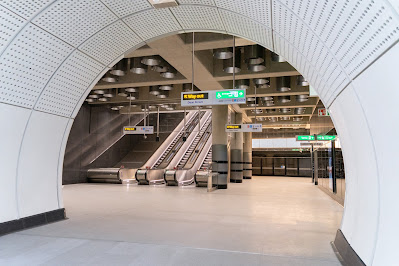 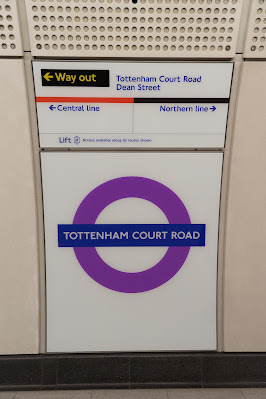 If you walked down Deptford High Street, through the market and towards the station, on 11 December then you would have seen Fowler's Molly Dancers performing in the street. As is usual for morris dancing, the day's stops were all outside pubs! However, this was not just an excuse for a few pints, but the continuation of an older tradition. 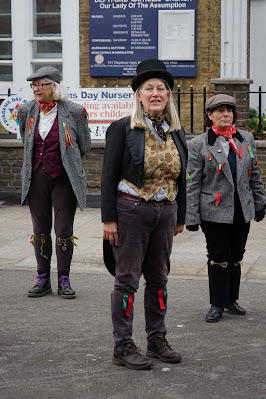 Molly dances, a form of morris dance, were performed in winter in East Anglia by agricultural workers. They disguised themselves in various ways including by painting their faces and wearing women's clothes. They performed parodies of familiar dances in return for tips and refreshments, traditionally dancing on Boxing Day and Plough Monday (the first Monday after Twelfth Night). Originally, the Plough Monday collections went to the church who had blessed the ploughs that day; but the blessings largely ended with the Reformation and by the nineteenth century, the dancers kept their takings. Their disguises were those traditionally favoured by rioters as well, and they were often associated with 'plough gangs' who threatened to plough up the properties of those who did not contribute money. Their behaviour had been tolerated as part of the 'misrule' permitted over the Christmas season but attitudes and agricultural life changed and the molly dances began to disappear. Unsurprisingly, these dancers were viewed as rowdier, their antics more anti-social, than the summertime morris dancers and little effort was made to preserve the tradition. It effectively died out by the start of the Second World War.

However, molly dances have undergone a revival from the late 1970s onwards. The dances collected a ccentury ago (fewer than for the morris, given their poorer reputation) are danced again, and others have been added to the repertoire. Today, Fowler's Molly - founded in 2000 - are one of many troops performing them over the winter months. 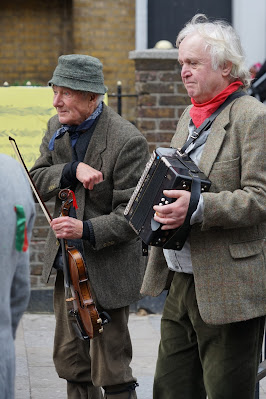 The Adventure of the Christmas Bubble

Season's greetings! And something a little different this year: a detective story, written during last year's lockdown Christmas. 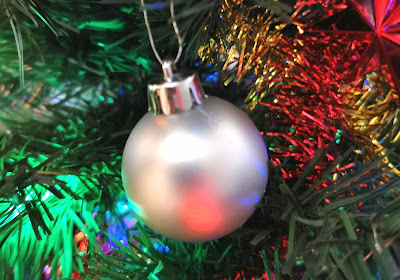 If you look at the figurehead of the Cutty Sark at Greenwich, you may notice that she looks shiny and new. Indeed, Nannie - the cutty sark-wearing main character in Robert Burns' poem Tam O'Shanter, - has been reborn recently.

In the poem, farmer Tam O’Shanter was riding home from market (and the pub) when he saw witches and warlocks dancing around a bonfire in the churchyard. One, Nannie, was wearing a cutty sark: a short petticoat or shift. When Tam O’Shanter couldn’t resist calling out, the witches and warlocks ran after him. Luckily, his mare carried him to the River Doon: as we all know, witches can’t cross water. However, Nannie ran at great speed and caught hold of the horse’s tail just as they reached the bridge. Luckily for Tam O'Shanter, the tail came away in Nannie’s hand and he made good his escape.

Nannie had her own escape in 2007: when a fire badly damaged the ship, she was safely in storage elsewhere. However, by 2019 it was obvious that this wooden figurehead - itself a 1957 replacement - was suffering from rot and a new version was needed. The old Nannie has retired to the National Maritime Museum, and a new incarnation was carved from Swedish redwood by woodcarver Andy Peters. She was installed on the ship in June 2021: a crane lifted her into place, she was carefully attached, and as a finishing touch the 'tail' was placed in her hand.

If you'd like to see more about the process, there are plenty of videos on the Greenwich museum's website. 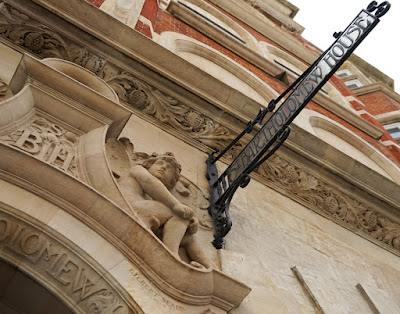 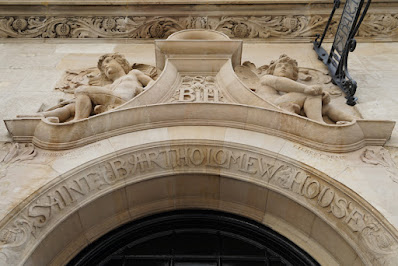 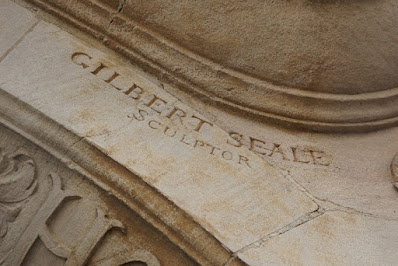 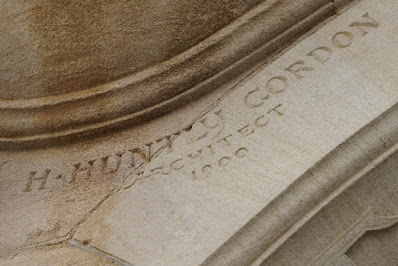 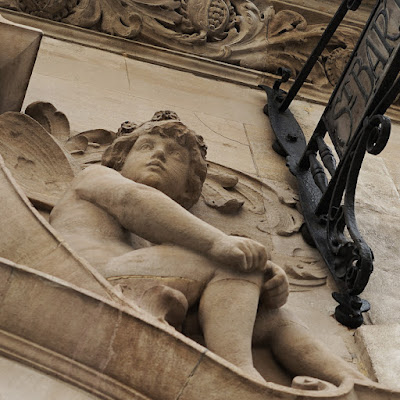 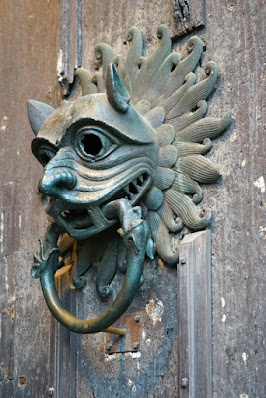 The AA box was once a familiar sight to Britain's motorists. When cars were both less numerous and more unreliable, these distinctive black and yellow structures offered help and reassurance to members of the Automobile Association. From their introduction in 1912 until 1919, each box was staffed by a sentry who would assist motorists with directions, first aid, and roadside repairs. Thereafter, the boxes had several functions, acting as shelters for road patrols, numbered landmarks for stranded motorists to pinpoint their location when calling for help from the dedicated phone inside, and stores for helpful items such as lights, fire extinguishers and maps. (Members had a key to access them.) 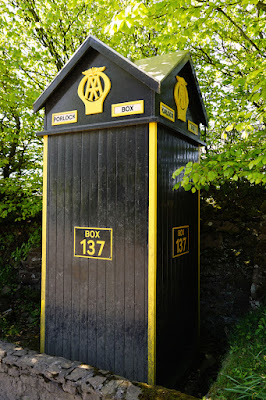 From 1927, the boxes were of a standard design, made of wood painted in black gloss. Their apparent decoration was also functional: plaques with distinctive yellow accents included logos, the box number, and the name of its location. Edges of the walls and door were also picked out in bright yellow strips. Even the roof finial doubled as ventilation for the interior. The examples in this post are the newer, 'Ennam' model introduced after the Second World War: still black and yellow, but without the highly tapered walls of its predecessor, and with internal panels made of melamine. 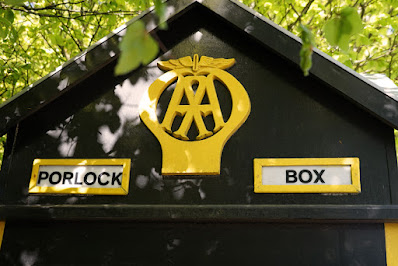 In their mid-century heyday, over 1000 AA boxes were installed in Britain (with close to 800 in operation at their peak). As public telephones became more readily accessible, and patrol officers had well-equipped vans, so the boxes became increasingly redundant and by the 1970s, their numbers began to decline. The AA abandoned boxes in favour of telephones on poles, most familiar along motorways. Today, only a very few boxes remain - fewer than two dozen are known, of which three are in museums. One of the finest and best-known survivors is the one at the top of Porlock Hill, Exmoor, whose notoriously steep road must have brought plenty of customers in overheated vehicles! It is now Grade-II listed and was recently restored so it looks particularly fine. 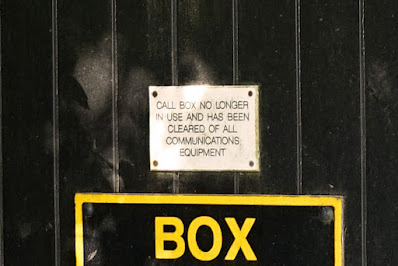 The AA's original activities were perhaps a little questionable. Founded in 1905 as the Motorists' Mutual Association, it dates from a time when cars were not only a rarity but also subject to highly restrictive laws, particularly around speed. Teams of cyclists were employed by the association to alert drivers to speed traps so that they could avoid being caught and penalised by the police! Its services quickly changed and expanded to include motor insurance, road signage, hotel ratings (still much used today), and roadside repairs. Its competitor, the Royal Automobile Club (RAC) is even older, having been founded in 1897 and becoming 'Royal' a decade later. It had its own network of (rather less stylish) boxed, and by the 1960s members of either organisation could use each other's boxes. 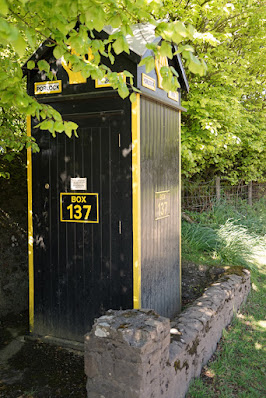 Today, motorists are expected to use their mobile phones to call for help. The demise of these boxes has removed more than telephones, however: as well as shelter and simple equipment, we have lost a reassuring landmark along our roads. 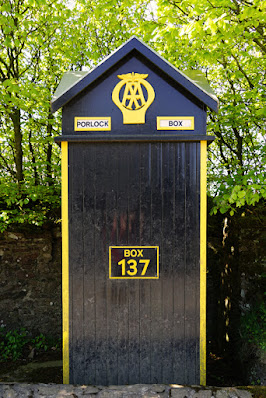