Sylvia Pankhurst is strongly associated with the East End of London: she co-founded the East London Federation of Suffragettes in 1914. However, London was only one part of her life: she had grown up in Manchester with her sisters and mother Emmeline, founder of the suffragette Women's Social and Political Union. Sylvia moved to London to attend the Royal College of Arts, after which she worked for the WSPU which had also moved to the capital. Political differences led her to leave and form a new group in the East End. She was a committed socialist and, during the First World War, a pacifist (her mother and sister Christabel, by contrast, gave their full support to the war). 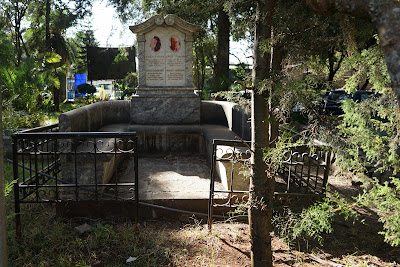 Yet Sylvia is not buried in East London but in Addis Ababa, Ethiopia. How did an English suffragette and socialist come to be here?

After the First World War, Sylvia continued to be active in left-wing politics and in the 1930s, focused on anti-fascism. When Italy invaded Ethiopia in 1935, Sylvia advocated for the country. She supported its emperor Haile Selassie and published the New Times and Ethiopia News. Her interest in Ethiopia continued after it was liberated during the Second World War, and she became a friend of Haile Selassie. She continued to publish and also worked tirelessly on the founding of a teaching hospital in Addis Ababa, the dream of Haile Selassie's daughter Princess Tsehai who had qualified as a nurse in London but died from childbirth complications in 1942. Sylvia's 1944 trip to select the site was her first visit to the country. 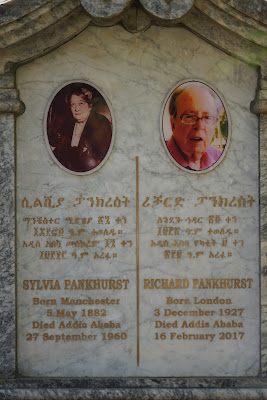 In 1956, following the death of her partner of forty years, the 74-year-old Sylvia moved to Addis Ababa with her son Richard. She founded a monthly journal, the Ethiopia Observer, for which she travelled all over the country; she also worked actively for the hospital and other causes. When she died there in 1960, she received a state funeral. She was buried in front of Holy Trinity Cathedral in the section for patriots who resisted the Italian invasion, the only foreigner to receive this honour. 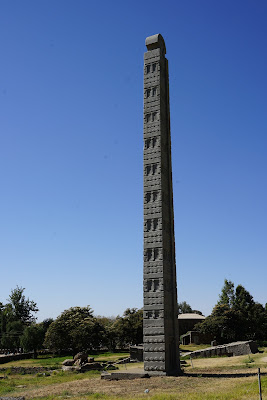 Sylvia's son Richard is now buried alongside her. He shared her deep interest in Ethiopia, and wrote extensively on the country and its history. He also campaigned for the return of the Obelisk of Axum, taken from Ethiopia to Rome by the Fascist occupiers. About 1700 years old and over 24 metres tall, this extraordinary stele is one of a number standing in the former capital of the Axumite Empire which extended over almost a quarter of a million square miles. (Although one is very definitely not standing: given too small a base, it probably collapsed almost immediately after erection.)mAlthough the Italians had agreed to its return in 1947, it was only restored to its original site in 2008. 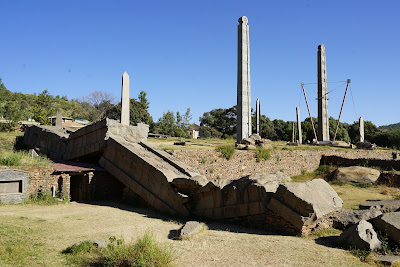