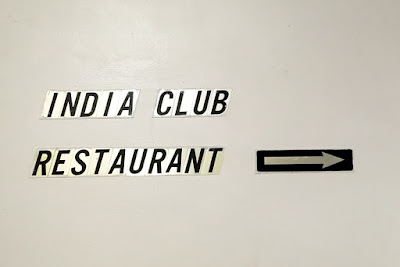 You could walk along Strand and never realise it's there: unlike the grand gentlemen's clubs of Pall Mall, the India Club is tucked away upstairs in a hotel. And that hotel doesn't have the grand entrance of the nearby Savoy, but a discreet door leading directly onto a flight of stairs. Yet the India Club has real historical significance - and lots of retro charm. 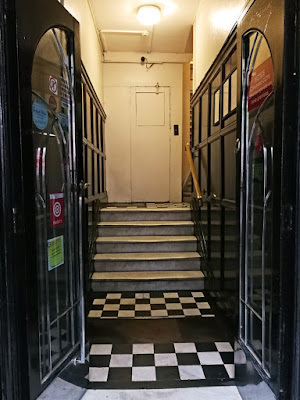 Spot the doorway at 143 Strand, and see that the Club is on the first and second floors. The first floor is the bar, as much of a time capsule as the dining room which we are visiting today. 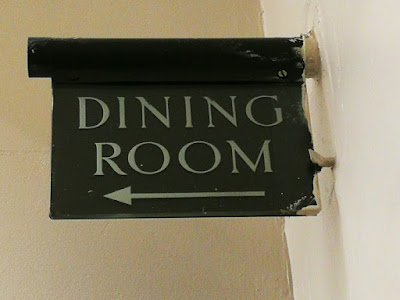 The menu is cheap and cheerful: a handy place to know about in the heart of theatreland and tourist London. However, we are not really here for the food. 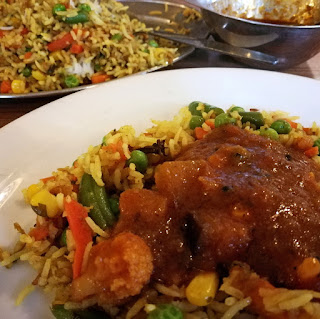 Sat in the vintage interior, we are in a time capsule of Indian history. This club was founded by the India League in 1947, first at Craven Street before it moved here; it still has its Independence-era decor. In these surroundings, the League aimed to further friendship between Britain and India after Independence, and also offered legal advice and a research unit. The Club was a centre for the Indian community in London and hosted groups including the Indian Journalist Association, Indian Workers Association and Indian Socialist Group of Britain; its founders included the High Commissioner, Krishna Menon, President Nehru, and Lady Mountbatten. 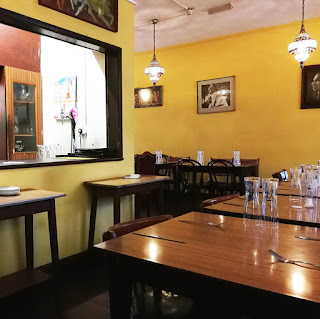 The National Trust held a pop-up exhibition, A Home Away From Home, here in 2019, and the oral histories it collected can be explored on the exhibition website. 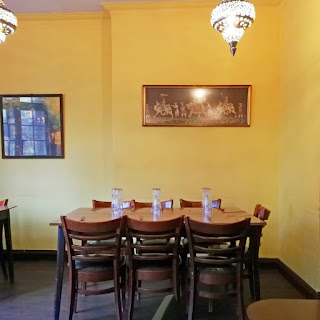 The India Club is a unique space, and an irresistible combination of working restaurant and living history. These photographs were taken a few years ago, when the Club was under threat from developers. It saw off that challenge, but is now threatened again. As it struggles to meet a huge rent rise in the midst of a pandemic, it is raising funds to safeguard its fututure: find out more on its website.