Sitting towards the western edge of Paris, Boulogne Billancourt is probably experienced by many of its visitors as a place of cheaper hotels and good Metro connections to the centre. However, it has its own history which is worth exploring. One aspect of that is the role of this area in the early history of aviation. 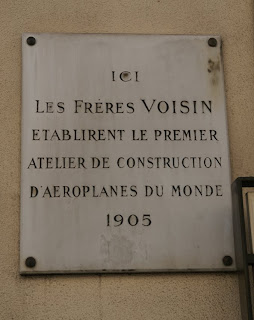 A few doors down from my hotel, a plaque marked the site of the Voisin brothers’ construction workshop, the first commercial aeroplane factory in the world. They established it in 1905; today the site is a block of flats.
Charles and Gabriel Voisin had started their aviation experiments in 1900 with gliders. Gabriel had also worked with Ernest Archedeacon, Edouard Surcouf and Louis Bleriot before entering into partnership with Charles. By 1907 they had sold ten machines, the first manned, engine-powered, heavier-than-air craft capable of sustained and controlled flight. One of them, flown by Henry Farman, won the Deutsch-Archedeacon prize for the first complete one-kilometre circuit. This growing success continued after the death of Charles in 1912; a few years later, the business expanded in a new direction when the French government bought their planes for use in the First World War. After the war ended, Voisin moved into luxury automobile manufacture and enjoyed further success. 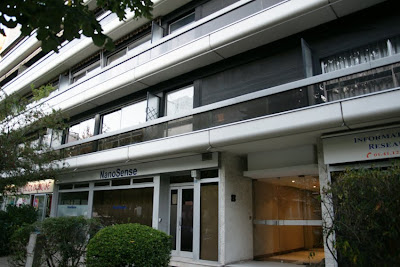 A short walk away, another block of flats has replaced the workshops of Edouard Surcouf which made not aeroplanes but airships. Surcouf had first flown in a hot-air balloon in 1879; he began his aviation career a year later, aged 18. Having inherited his father-in-law’s business in 1899, he gave it his own name and pioneered various innovations in airships such as the use of rubberised fabrics. In 1908, Surcouf’s business merged with Henri Deutsch’s Astra to form Surcouf-Astra. Like the Voisins, Surcouf-Astra won government contracts in the war: they supplied airships and observation balloons. However, business would then tail off as commercial aviation made its move away from airships to aeroplanes.

Today, the main reminder of the area’s pioneering past is a selection of aviation-themed street names. 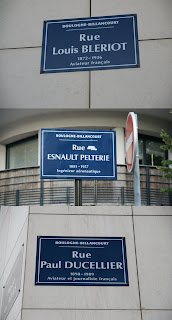 Over 15 years in Paris and I've still never 'visited' Boulogne. On top of what you mention here, there are also the old film studios and car factories to explore, as well as plenty of interesting architecture. I have to make the effort to go there sometime soon!

I'd recommend the 'parcours des annees 30' audioguide for the architecture. There obviously used to be a similar guided walk for industrial heritage but it, and many of the markers, are gone. There's also a Renault museum which I would have loved to visit, but it only opens on Tuesday and Thursday afternoons.