An apt anniversary: the collapse of the City of Glasgow Bank 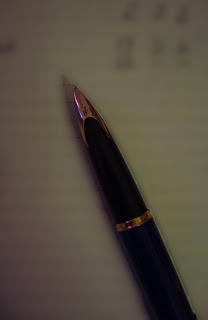 The current economic crisis gives added interest to today's anniversary: exactly 130 years ago was the collapse of the City of Glasgow Bank. However, unlike the more recent bank failures, this one brought about the ruin of almost all its shareholders and saw its directors imprisoned for fraud.
The bank had been founded in 1839 and by the time of its collapse, had 133 branches. Dividends to shareholders had been generous, reaching 12% in June 1878. It even issued its own bank notes. It was therefore one of Scotland's largest banks, and appeared to be a great success.

However, on 2 October that year the directors announced the bank's closure. Despite the £8 million in deposits they had declared a few months earlier, the overall picture was much bleaker: those deposits were far outweighed by the bank's liabilities. Indeed the real story was one of poorly secured loans (sound familiar?), lots of risky investments made in the hope of putting things right, and £6 million of liabilities. (The bank's liquidators actually recovered more money than they might have expected for some of its US investments, thanks to the efforts of American banker John Stewart Kennedy). It had kept going by a mixture of fraudulent balance sheets and secret purchases of the bank's own stock to keep up the share price.

Unlike modern businesses, the City of Glasgow Bank was not a limited company - in other words, the liability of its shareholders was not limited to a certain amount by law. Consequently, the 1,600 or so shareholders were liable for an unlimited amount, so when the Bank's debts had to be repaid every shareholder had to pay their full share. Almost all of them went bankrupt, with unhappy effects on Glasgow's economy. In January 1879, the bank's directors were all convicted of fraud and sentenced to imprisonment.

As a result of the collapse of the City of Glasgow Bank, changes were made to the banking system. Independent auditing became a requirement, while limited liability was introduced - effectively shifting the risk from the shareholders to the depositors. However, more fundamental lessons seem not to have been learned yet.
- October 02, 2008