Victorian culture was diverse and innovative: these selection can serve as no more than a very small sample. Self-improvement was an important theme, whether in working people's institutes or in grand museums. An expanding city and a belief in healthy fresh air and exercise contributed to the development of the city's parks, while at night the capital offered an enormous range of entertainments from the rowdy music hall to the more refined theatre.

One event dominates - the Great Exhibition of 1851 was quintessentially Victorian in its combination of technological innovation, arts and commerce, imperialism, and educational opportunities - all jostling with offers of novelty, wonder and awed admiration. Sadly, the Crystal Palace is gone and its exhibits scattered or lost - but its mark on the capital remains, most notably in two of the three locations here. 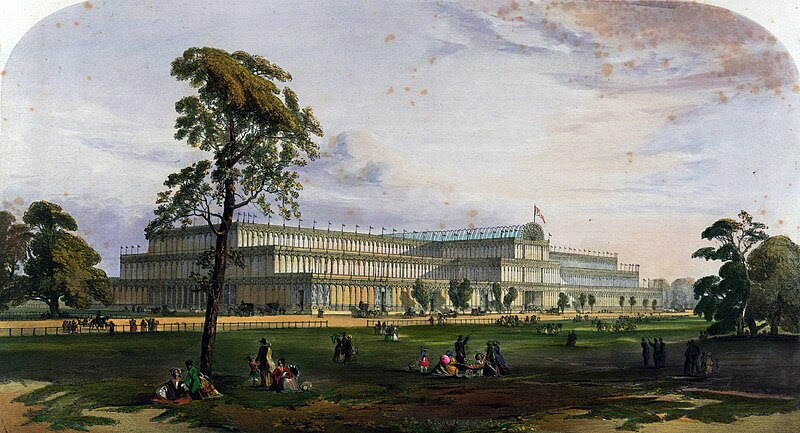 Image: Crystal Palace, Dickinson's Comprehensive Pictures
of the Great Exhibition of 1851, 1854, from Wikipedia.
Albertopolis
The profits of the Great Exhibition paid for South Kensington's transformation into a cultural quarter with national museums, Imperial College and the Royal Albert Hall. When the Prince Regent himself died, his memorial was placed here on the southern edge of Hyde Park.

Even without going in to the museums - all free - it's hard not to be impressed by the Victorian splendour of the Natural History Museum designed by Waterhouse or Henry Cole's Victoria & Albert Museum - where I'd particularly recommend the cast galleries, which are strange, splendid and a record of one way the Victorians learned about the wider world. Walk up Exhibition Road and you'll also see Imperial College and the splendid Royal Albert Hall, as well as smaller gems like the Royal College of Organists. 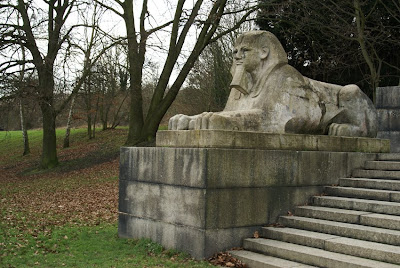 Crystal Palace Park
As well as its famous dinosaurs, Crystal Palace Park had a range of attractions, not all so improving in nature. After the Great Exhibition, the Palace was moved here in 1854 and became an exhibition centre, with events often spilling out into its grounds. They were aimed at the wider population, and the venue became known as the 'Palace of the People'. Millions came each year to shows, exhibitions, sporting events, concerts, huge meetings of societies ranging from athletes to the National Temperance League, and weekly firework displays. Although popular in both senses of the word, Crystal Palace was also regularly visited by the royal family.

Thanks to a devastating fire in 1936, the palace is gone; much of the park has been given over to the National Sports Centre. However, you can see the terraces where the palace once stood; wander through the lesson in evolution and geology that is the Dinosaur Court; and get lost in the recently-restored maze. Finally, don't miss the museum. 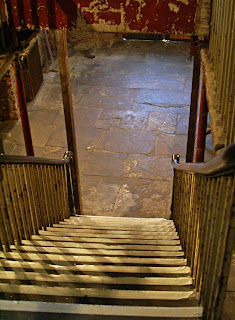 The museums may have been wholly and the parks partly improving, but pub music halls were pure fun. Unfortunately, many closed in the 1880s - health and safety regulations had an impact even then. Indeed, only one of these buildings now survives - the wonderful Wilton's which I've posted on in detail here. It makes a fascinating contrast to the other sites: one couldn't imagine the royal family dropping in to watch a show!

Also worth seeing: London's many Victorian theatres, the National Portrait Gallery (which is conveniently tucked right behind the National Gallery), Highgate Cemetery - a popular place for family walks as well as a graveyard.

I love the Victoria and Albert museum, and it still amazes me to think that these wonderful establishments are free!

Looking back at this period, and comparing it to similar times in France for example, what is striking is the stability the UK enjoyed. Whilst the French were chopping and changing between restorations and republics, then crushing uprisings from their own people, the British were just happily strolling around parks and museums!